Photo by Ian MacNicol/Getty Images Rangers chose to let midfielder Ciaran Dickson leave Ibrox this summer, and they have now seen him make a move to bitter rivals Celtic. One of the finest midfielders of his generation, Steven Gerrard knows a thing or two about quality players in t... 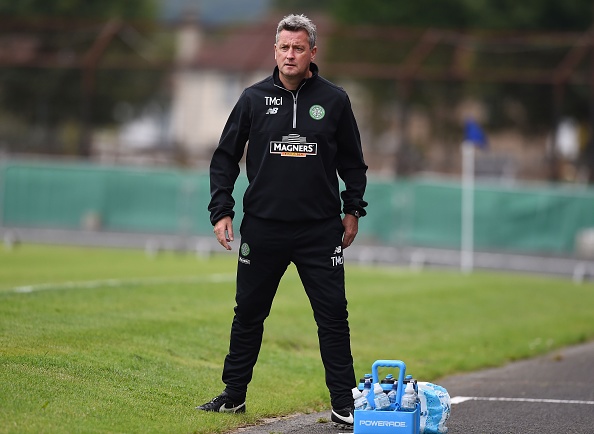 Rangers chose to let midfielder Ciaran Dickson leave Ibrox this summer, and they have now seen him make a move to bitter rivals Celtic.

One of the finest midfielders of his generation, Steven Gerrard knows a thing or two about quality players in the engine room.

Gerrard clearly saw potential in Dickson at Rangers, promoting him around the first team at Ibrox last season.

Dickson was on the bench in the Europa League draw at Benfica, and then came on as a substitute in a 4-0 cup win over Falkirk.

Rangers fans were dazzled. They called Dickson ‘phenomenal’, ‘class’ and ‘impressive’ after that game, backing him for a huge future.

Yet come the end of the season, Dickson was gone. Rangers allowed him to leave the club on a free transfer, and he attracted interest both at home and in England.

In the end, Dickson made the most controversial move of all, signing for Rangers’ bitter rivals Celtic – just as Liam Burt did back in 2019.

Dickson featured for Celtic B in a 3-1 defeat to Morton over the weekend, and actually managed to score with a long-range shot.

Celtic will now hope that Rangers’ loss is very much their gain with Dickson, and coach Tommy McIntyre has offered his view on the midfielder.

McIntyre has told The Scottish Sun that he thinks Dickson can handle everything that comes with making the move across Glasgow, and is a ‘top player’ and ‘big acquisition’ for Celtic.

McIntyre did note that Celtic ‘need to be careful’ in terms of bigging up Dickson, though did immediately claim that he will get better and better at Parkhead.

“He’s got the personality to handle the move,” said McIntyre. “I don’t want to go too much on Ciaran but there have been players in the past on either side who have done that. Ciaran made an impact but we need to be careful with him. He’s just come in and I thought he did well. He will get better and better.”

“He’s a top player and will be a big acquisition for us. But he’s just come in and we need to give him a bit of time to settle,” he added.

In other news, 'I don't like it': Stuart Pearce reacts to host's claim about Lingard's actions yesterday

When is the Scottish Cup final 2021? Dates for competition...

Rangers on brink of title win after beating St Mirren